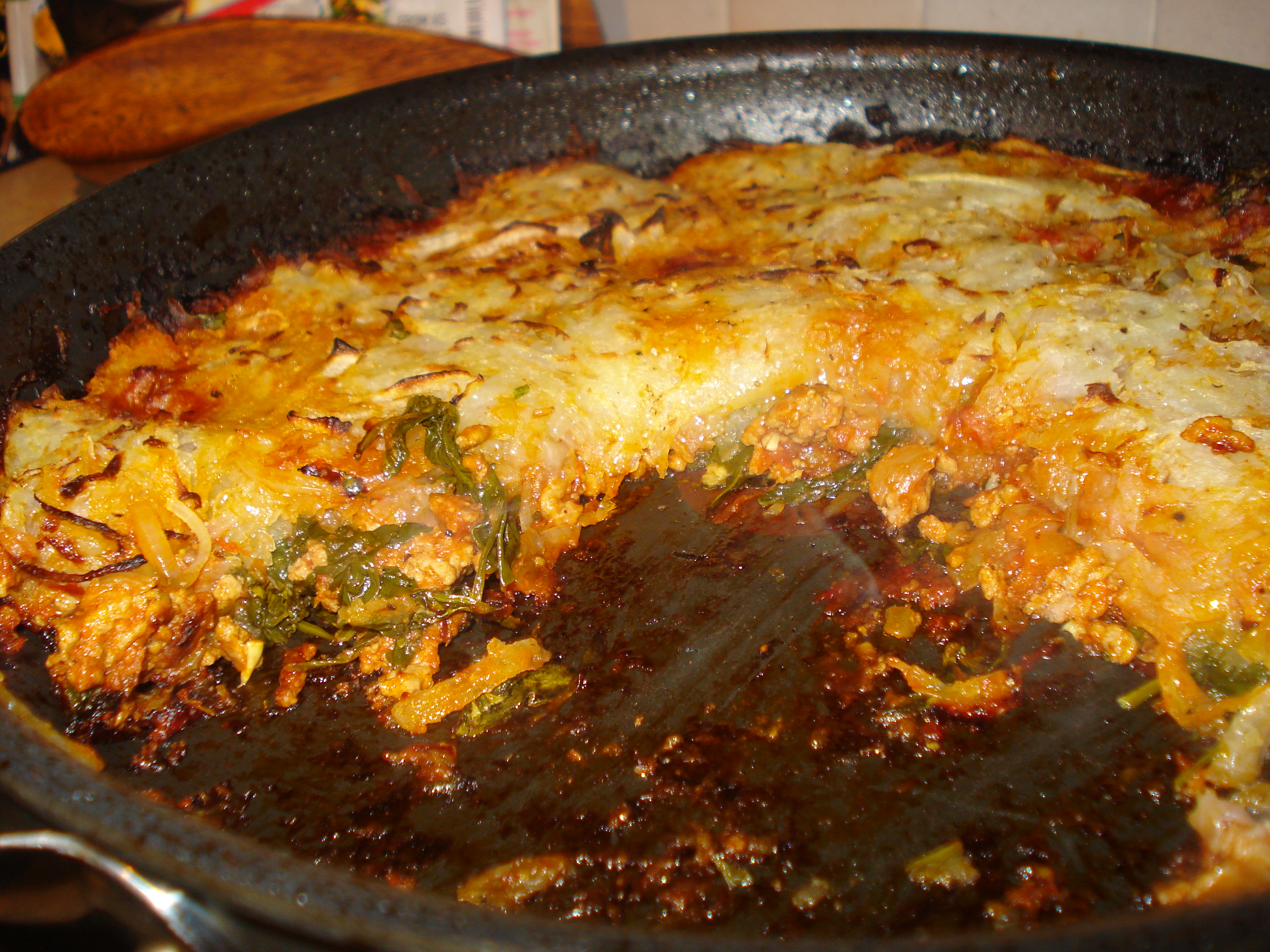 This is a recipe I’ve plucked from the pages of the April delicious magazine. I seem to be drawn to each every curry-style recipe at the moment – I’ve another planned for Sunday! This one seemed utterly irresistible, with spicy, rich lamb combined with a crisp potato topping.

I decreased the chilli for my version – we prefer it a little milder – and I’ve been off sweet potatoes since the awful barefoot contessa persuaded me that combining them with orange juice would be a good idea. Those changes made, the cook was on. I begins as a pan stir-fry, then finished in the oven to cook out the potato topping. The trickiest bit is draining the potato of excess water – I need to think of a way to squeeze them out without scalding myself. That aside, this was enormously satisfying. Filling, savoury, meaty and a dense mouthful on every fork. Very tasty indeed.