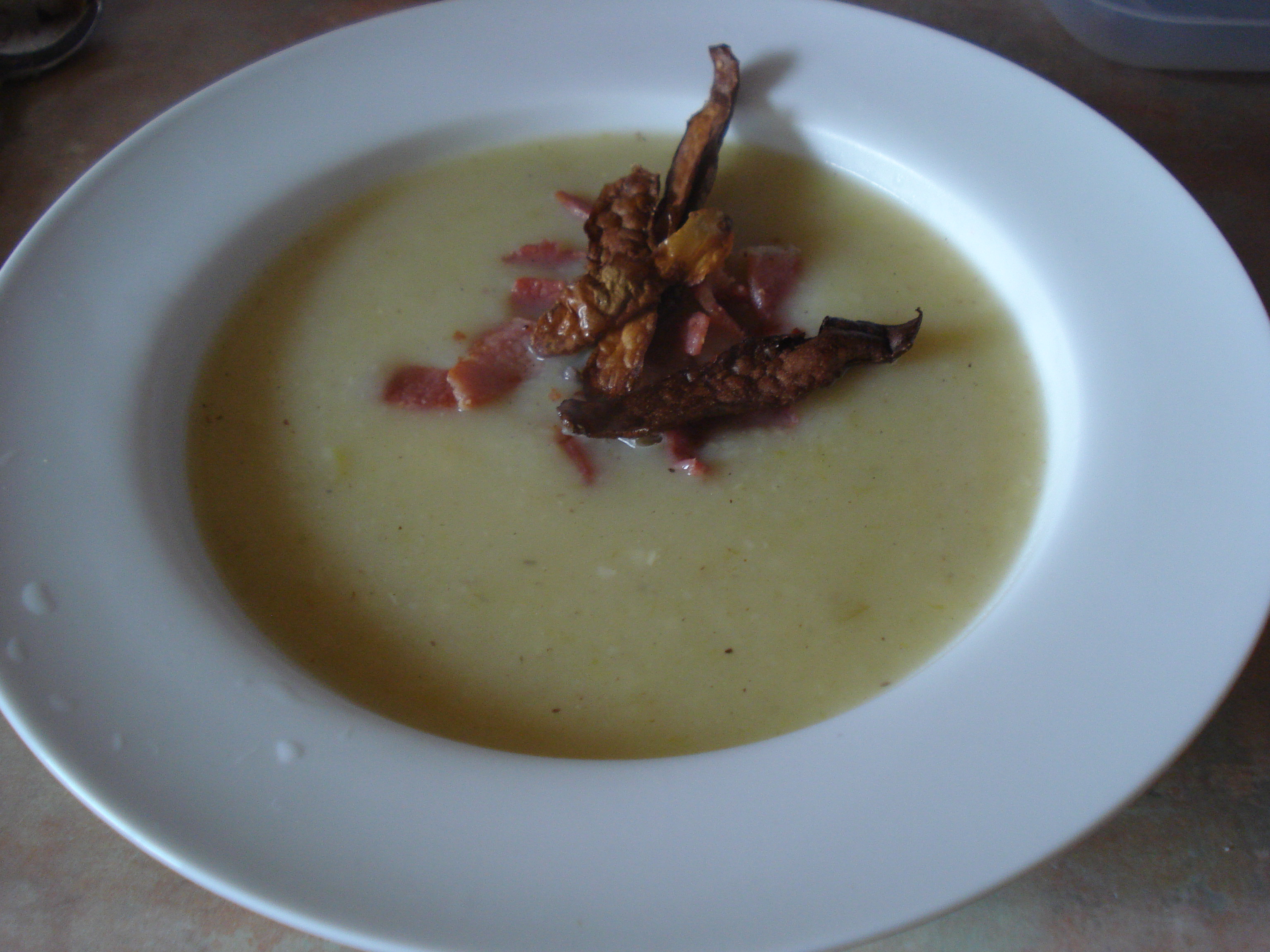 It’s June and I’m writing about leek and potato soup. Bloody June. The weather has been truly atrocious this year in England and so instead of craving salads and light meals I want soup. So I have some, and to cheer myself up gild it with all manner of little touches to try and make it my ultimate leek and potato soup. I keep the stiff green tops and simmer them in the stock, I keep the potato peelings and bake them into a crispy garnish, and use the logic that everybody knows: bacon makes everything better.

650g floury potatoes, peeled and diced (keep the peelings to one side for now)