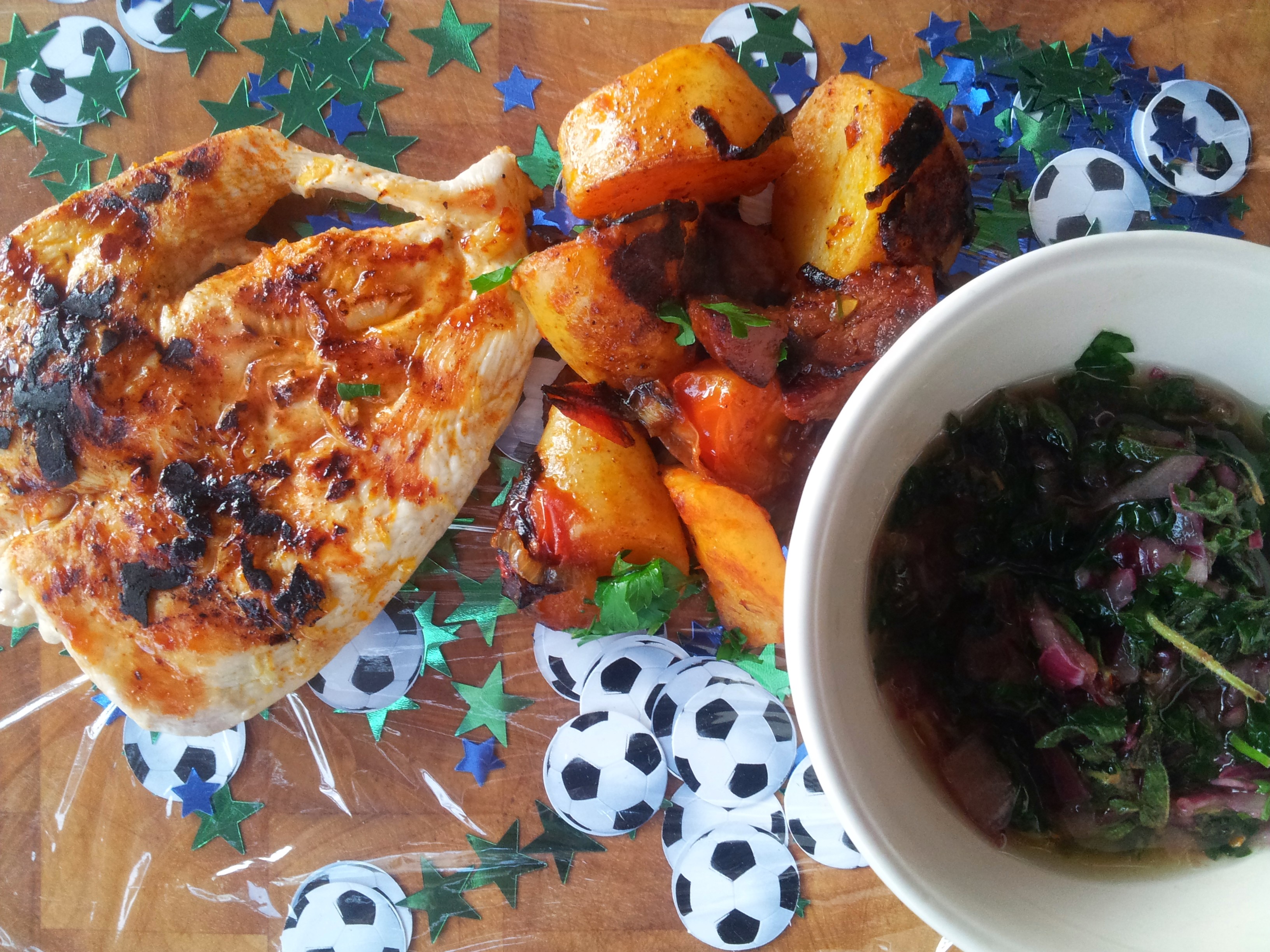 England may be out of the World Cup, but there’s still lots of excuses to throw a football party. For people who enjoy a cooking challenge, it presents opportunities to burrow through the regional cookbooks and get inspired. Will you serve the Nigerian jollof rice? German Bratwurst? Australian shrimp? Ghanaian fufu?

Here’s a pair of great Latin-flavoured dishes in celebration of Argentina and Spain. First up is a butterflied chicken breast bursting with vibrant lemon and garlic, partnered with a herby, sharp chimichurri sauce. And as a foil for for that, some fiery patatas bravas made with Britain’s best Jersey Royals.

These dishes scale up really well for a party, football-flavoured or otherwise: the chicken is a breast per person, and I make mine on a George Foreman grill so there’s always a couple on the go. You can make miles of the chimichurri sauce and leave it out for people to help themselves. And you can make a big vat of patatas bravas which is perfectly good at room temperature.

The brining stage for the chicken isn’t essential; but it does help keep the chicken marvellously moist and is another stage at which you can add layers of flavour.

For the chimichurri Sauce:

For the patatas bravas:

Waitrose compensated me for this post and gave me some party stuff to play with.