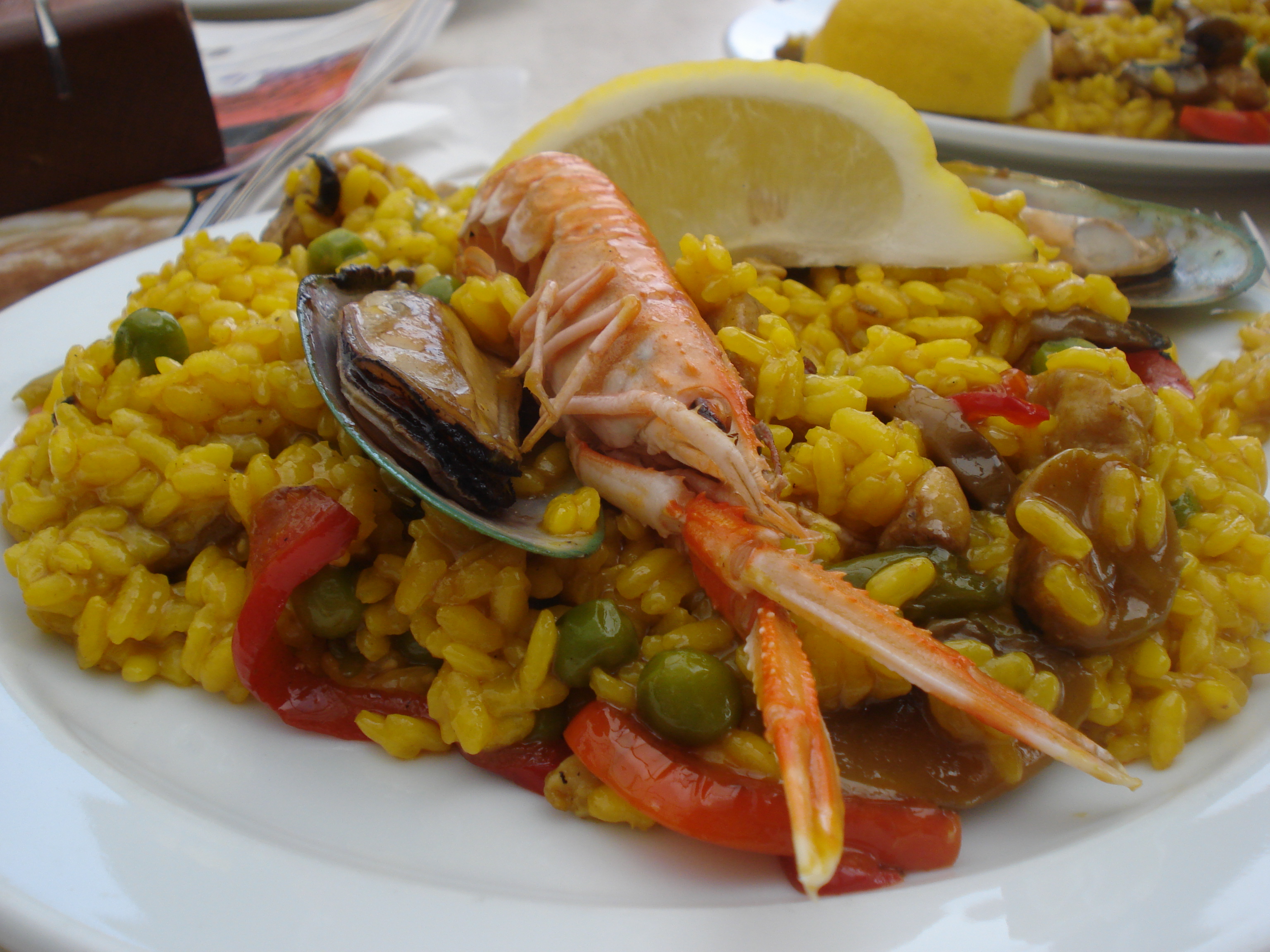 I’m fresh back from a week in Mallorca, and besides the balmy weather, powder-fine sandy beaches and beautiful views, one of my highlights was watching an expert cook paella for me up close. I’ve never had any particular technique for paella, throwing things in and waiting for a bit. But this guy, taking his time and enjoying it (and bursting into giggles throughout) had no qualms about cooking a monstrous dish of rice for 30 people.  And he talked about different versions too, of ones specific to Mallorca, a paella negra made with squid ink, and a gutsy paella brut.

I made my version totally identical to his, even going to a Spanish supermarket to get some powdered orange colouring, and it’s really good. Fishy, meaty and completely enjoyable – though you can omit the fish if your family are as picky as mine! I’ve named this version after him as tribute to his demonstration. Make sure you serve it with sangria.

2 handfuls of rice per person