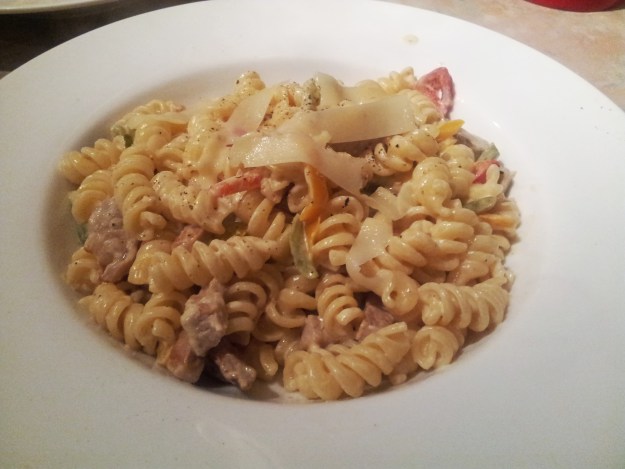 Sometimes, dinner gets later and later. It was just one of those evenings of putting children to bed, getting haircuts and other chores. I didn’t get started on this until 8.30pm, but we were eating by 8.45pm. You gotta love dinners like this, but it all starts from the storecupboard. If the basics aren’t there, you’re on to a loser.

This one massively favours substitution: swap pork for any other meat, the peppers for any firm veg, and Comté cheese is not essential. As luck would have it the Comté people got in touch and sent me some samples so I was more than happy to include it here. Heston’s a big fan of Comté, so is Raymond Blanc (he comes from that region) so it’s in good company.