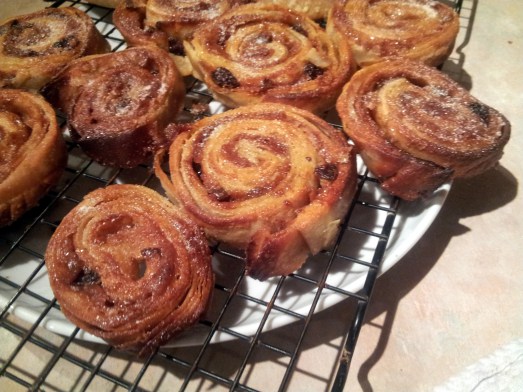 Not that I had much of an idea where to start; digging through some old magazines I found a great article on making your own danish pastries. Turns out it’s a lot like making croissants: tons of butter rolled into puff pastry. Roll, fold, rest, roll, fold, rest… lots of interim rolling stages.

But was it worth it? Sure they were tasty (anything with that much butter and sugar has to) but given the relative cost of buying them from a baker’s versus the time and effort you put in, they were significantly better than what you can buy. An interesting experiment, but not one I think I’ll be repeating.