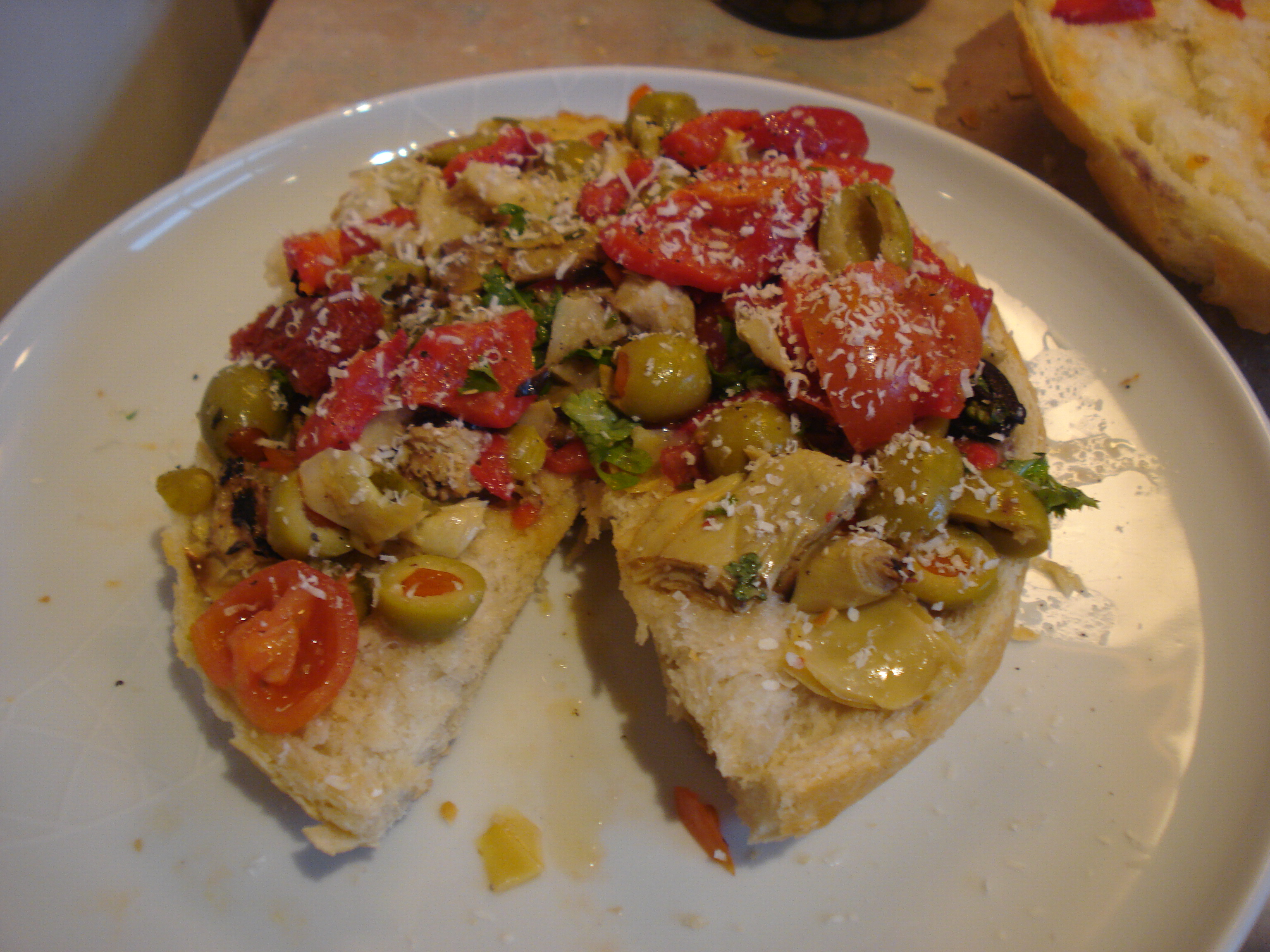 OK, OK, so it’s not a focaccia. But the idea’s there. It’s actually a boule de campagne but serving the same purpose. Reminds me a lot of a muffuleta. (Obviously the sandwich in the pic is missing it’s lid). It’s a stunning feast from Jamie’s 30 Minute Meals

I bloomin’ love sandwiches like this, every mouthful’s different. A deli in a bap! The remoulade is tangy and fun too, I’d recommend that alongside some barbecued meat on its own.

Jamie also served this with some mozzarella dressed with pesto and followed it with a grapefruit granita, but the two parts here are brill as they are.