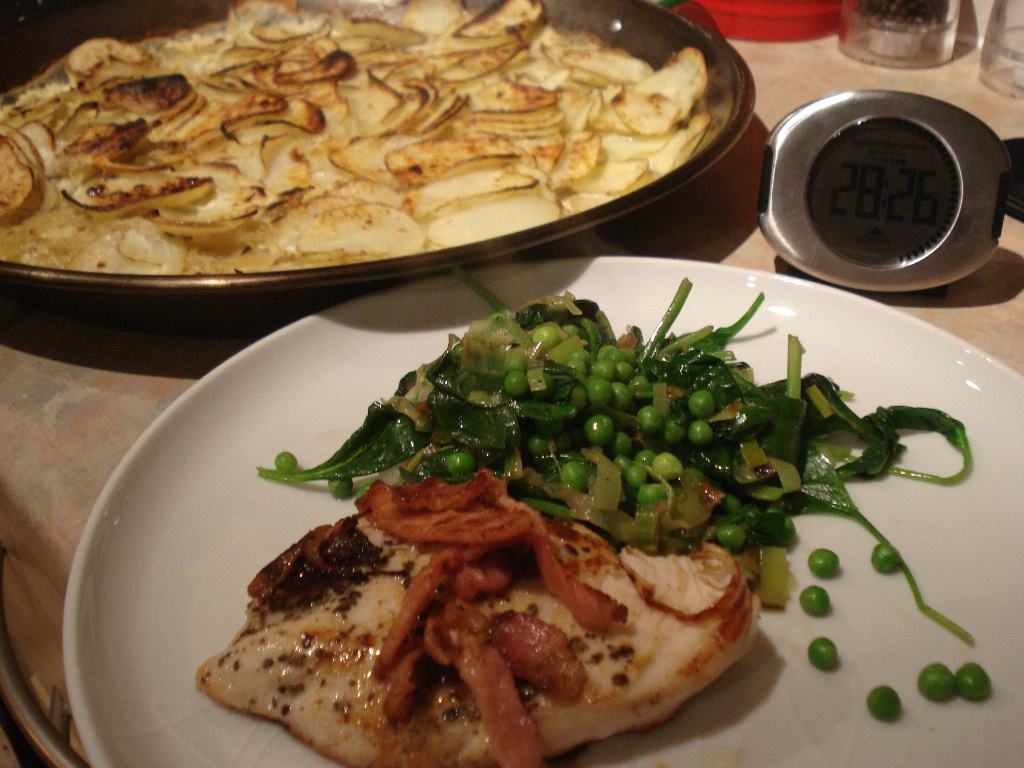 was a literary behemoth, tearing up the records for fastest selling non-fiction book, and causing many snooks to be cocked in its direction. But for people willing to give it a proper chance, approach it with an open mind and “get in the 30 minute frame of mind” it was a way to push what you can achieve in a small amount of time. Aim higher! I was certainly taken it with it, and gave me some great ideas how to make the best use of your time. Take the food processor: previously left for weekend projects, I now employ it 3 or 4 times a week to chop, grate or slice things in a flash.

. Yes, half the time. And the knives are already out in a pointless linkbait exercise. But I was approaching it with energy and excitement.

Flicking through, much like 30 Minute Meals there’s a wide variety of cuisines that should satisfy your mood. There’s an obsession with serving everything on wooden boards which I really like but isn’t practical for most dinners. Towards the end of the book there’s also a weird section that doesn’t really belong, talking about muesli and other breakfast odds and ends. Granola aside there’s definitely loads I will be trying over the coming months. I picked out a handful to try straight away and started with this golden chicken recipe.

I hit a snag immediately. Jamie juggles a frying pan, a saucepan and a baking tray on the hob simultaneously. I have a regular 4-burner hob, and this just won’t fit. Maybe all the recipe testing was done on a 5-burner but this was automatically going to put my time back as I couldn’t multi-task as effectively.

And this leads me on to another issue: there are no timings given for anything. It’s just “do this, then this, by this time the first thing will be ready.” But if for whatever reason you can’t stick to the timeline you don’t have a way of knowing how long things should take. If you are a confident cook this isn’t a problem but I can see it being a real boundary for a lot of people.

These issues aside, the dinner was very good, although it took me 28 minutes. Best of all was capturing a really good potato gratin in 15 minutes, that really is impressive. So do try out the 15 minute recipes – but do read it all carefully before starting. And don’t get hung up on the time and focus instead on creating great food quicker than you would expect. That’s the key.